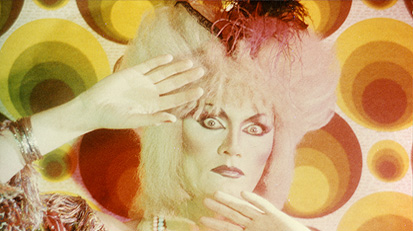 American male-to-female transsexual performer, musician and actress, Jayne County was born in Georgia in 1947.  One of Andy Warhol’s protégés, she was an influence on musicians such as The Ramones, Patti Smith, Lou Reed and David cheap levitra sale Bowie.  Now, her old friend, Angie Bowie is Frock Magazine’s roving reporter and she caught up with Jayne recently to bring you this issue’s In Depth interview…

Read the rest of this article in Frock Magazine, by clicking here