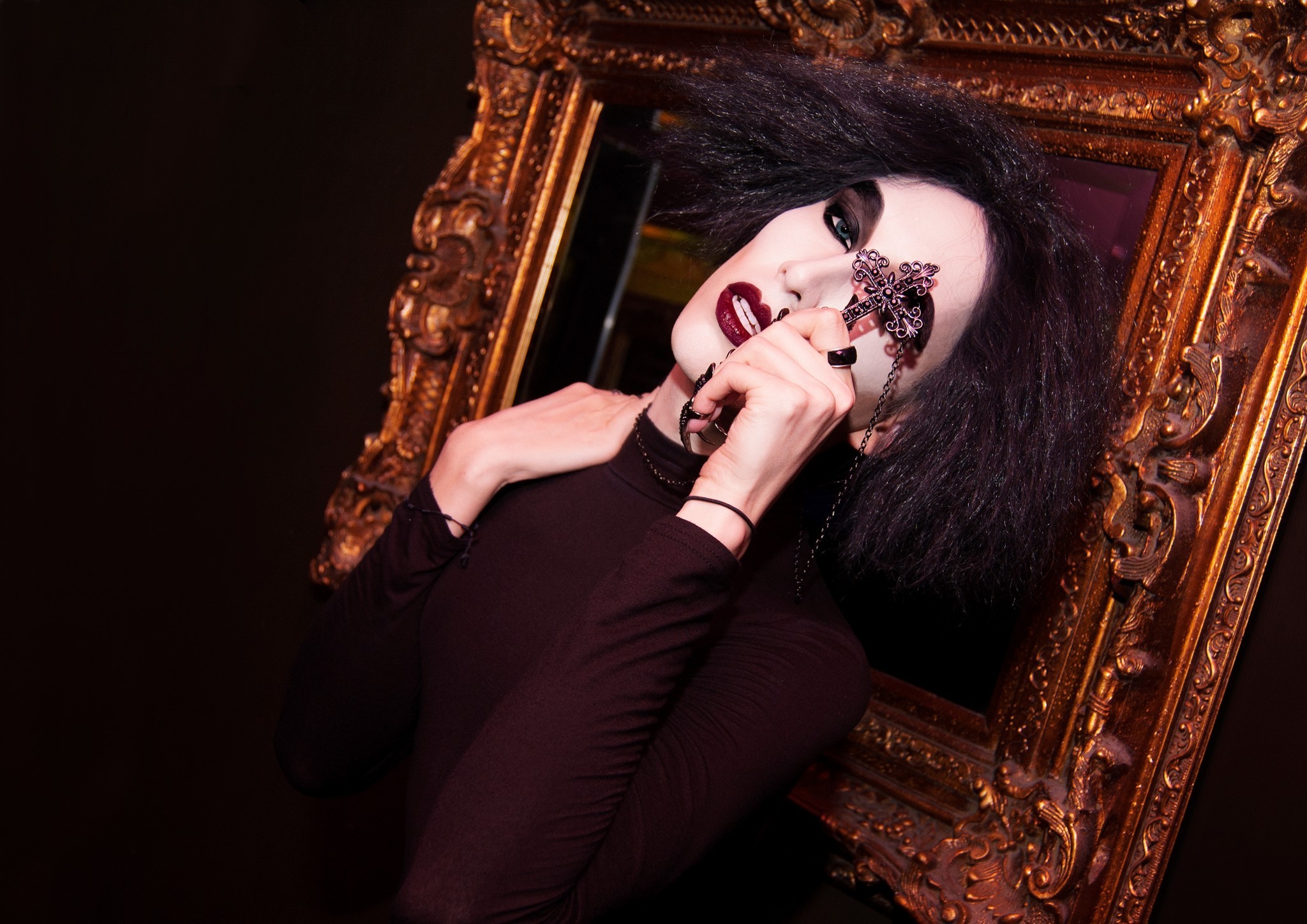 In 2005, I moved to London, UK to study fashion design at university. I then went on to do an MBA in international business administration, just in case all my fashion plans fell through.

Throughout my studies, I was working with a few different music producers of different genres including R&B, indie and pop. I first recorded under my boy artist name, Creegs, with pop, electro and 80’s influences and later began recording completely under the name Virginia Wright. She represents the ghetto girl in me and adds rap and hip hop to the mix. Virginia’s first recording debut was actually a feature on one of Creegs’ tracks, ‘Oblivious’. A sort of duet between my boy self and drag persona about living in one’s own fantasy world and not having to deal with reality.

For me, drag was a way to create a persona and a platform for my music. My looks were always androgynous but Virginia gave me an extra edge that Creegs was missing. I’ve always loved dressing up ever since I was a child. Halloween was and still remains my favourite holiday. This explains why many of my looks tend to be more spooky than glamorous. I’d rather be scary than pretty. I love the transformation and seeing just how different I can make myself look.

I first started doing drag with friends on nights out. Drag wasn’t a completely foreign concept to me. I had watched RuPaul’s Drag Race when it first aired in the States. Nina Flowers is still one of my favourite queens to this day and I can’t wait to open for her at West 5 Bar in September. A lot of my closest friends have been artists especially after studying fashion design in London, which introduced me to all sorts of creative, flamboyant characters. My best friend, levitra tab 20mg Christyna Kay, who is a fantastic make-up artist, would also give me tips and has done my make-up for a few shoots however a lot of what I’ve learned has been self –taught from experimenting or from watching online tutorials.

A few years ago, I met fellow London drag queen Candy Vanity Heals at a club night in East London. We became fast friends and she invited me to be a part of Lovebites, a new monthly night she was starting. Lovebites was a group of talented queens including Scarlett Harlett, Tiffany Diamanté, Kitty Vulgaris, Snow White Trash, and Philomena Fingersnatch. We first performed at The Green Carnation in Soho and was later re-homed to Camden’s legendary Black Cap.

Apart from my music, I also do quite a lot of modelling and acting work. A lot of this is through collaborations with other artists and friends, but I also get booked for various jobs through Ugly Models. Ugly is the world’s largest character agency. I was signed to them in 2012 as an androgynous boy but have since been booked both in and out of drag appearing on a television shows such as Never Mind The Buzzcocks and BBC Watchdog’s Rogue Traders. I also work full-time as an art director for an international bag company.

My EP is scheduled to release mid November along with two music videos, one of which I’d like to get as many people involved as possible so make sure you’re following me on Facebook and Twitter so you can get involved!

If you see me out on the town, say hi!
For more Virginia, check out her Facebook page at:
https://www.facebook.com/TheVirginiaWright