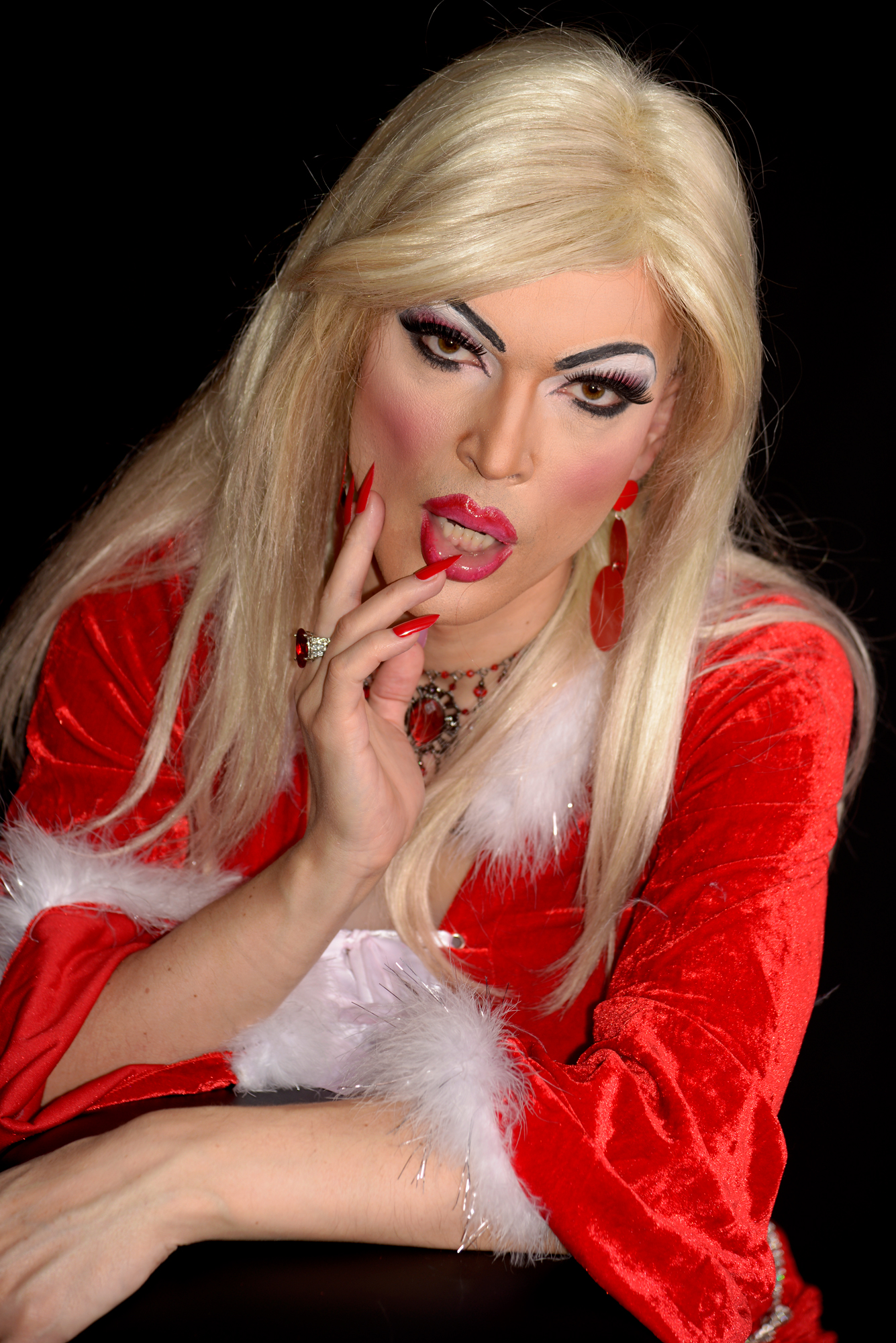 Remember when Washington DC girl, Julia Panther appeared in Frock Magazine? She was our Frock Chick in our August 2015 issue and she also appeared on the cover of our Frock Chick Special issue.  Julia is a highly trained physician who is dedicated to discovering new treatments to help millions of suffering people.  This festive season, she has taken some time out to tell us about how she will be spending the holidays, as Julia… 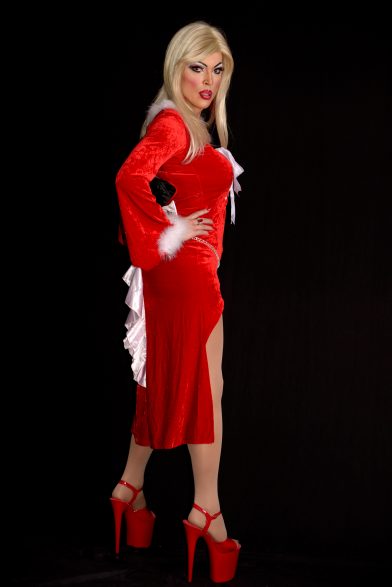 Frock:  Tell us how Julia spends the holidays

Julia:  Christmas Eve is one of my most anticipated and treasurable holidays. I’m hoping to spend time with my beloved family and around New Year I’m considering travelling to New York and to London, and perhaps also creating some exciting new looks and doing a photoshoot.

Frock:  Tell us about your Santa dress shoot

Julia: This Santa dress shoot was my birthday present in 2016. After a very frustrating year loaded with lots of work and family problems, when Julia had no opportunity to come out from the closet, a few months ago I finally was able to visit the Amanda Richards at True Colors Makeup Artistry in Bethlehem, Pennsylvania for a professional makeover and photoshoot. 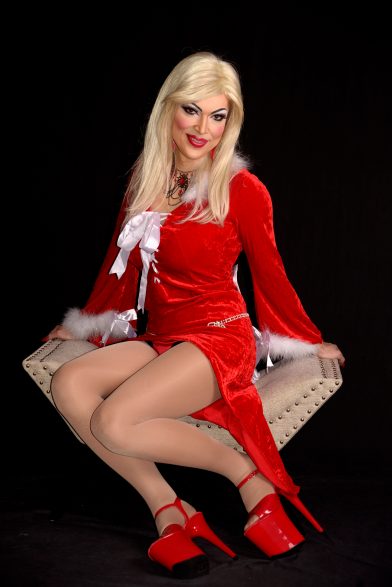 Amanda is a very nice person and a brilliant makeup artist, one of the very best. She is also an amazing hair stylist and a good photographer.  She provides a great service for the Transgender community in the PA area and lots of people depend on her regular service.  I visited Amanda twice and it quickly turned out that we are on a very similar wavelength and have buy levitra us lots of common interests.  We also became friends.

As you probably already know from her pictures Julia has a passion for unique and extravagant fashion and likes to experiment with various new looks.  Dark fetish looks are among her favorites.

During my first visit to Amanda’s studio in 2015 we created some amazing fetish Gothic looks.  I had to exercise a lot and diet to fit into some of the tight outfits and corsets I selected. 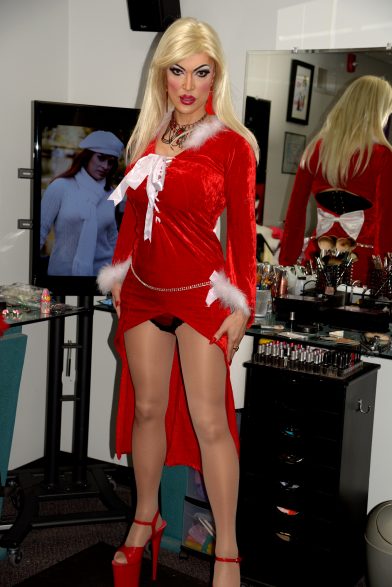 This time in 2016 it was different.  We experimented with more natural looks, which came out surprisingly well according to my feedback on Facebook and Flickr.  I never thought I would look good as a blond ‘girl next door’ for example, which had been a departure from my prior looks.  It is hard to believe that Julia’s Flickr account (https://www.flickr.com/photos/juliapanther/ ) will cross 30 million views by the time this issue is out, and she has over 10 thousand followers at Flickr and Facebook!

I always wanted to do a sexy Santa dress shoot for the holidays for my fans and followers, and this time finally I had the opportunity to do it. Thanks Amanda for these amazing pictures!

The unique long red velvet dress from Frederick’s of Hollywood, is a love at first sight.  The platform 7 inch high heels are from Pleaser.  With these pictures, featured for the first time in Frock Magazine, I would like to wish everybody an amazing holiday season and a happy and prosperous New Year.