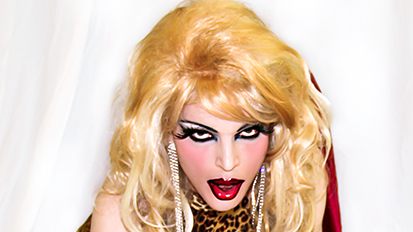 When she’s not crawling around a photographic set all dressed to the nines she’s actually a highly trained physician from Washington DC.  But although her serious medical work is extremely important, we were wowed by her pictures too.  Here’s Julia Panther’s story…

My name is Julia Panther and I live around Washington DC.  My life is dedicated to discovering new treatments to help millions of suffering people.

I was raised in a very conservative family where even talking about transgender issues would not be an option. When I was at university I discovered the web sites of Pandora de’Pledge and Jamie Austin (Austin’s Angels) and I was completely fascinated by their magical glamour transformations.  I started to read more about transgender issues thanks to internet which was blooming.  I also vardenafil vs tadalafil realized that I have had a deeply suppressed feminine side and that there are also other transgender people like me.

After much hesitation 10 years ago, I tried to dress for the first time.  When I saw myself in the mirror it was a sort of disaster.  I almost gave it up at that point forever.  Later I started to read more about makeup techniques and glamour photography and I tried it again.  The outcome was better but still not good.  In 2006 I finally posted a few pictures at Flickr.  Surprisingly, instead of hateful comments, I received lots of encouraging support to continue from other people.  This was when Julia was born.