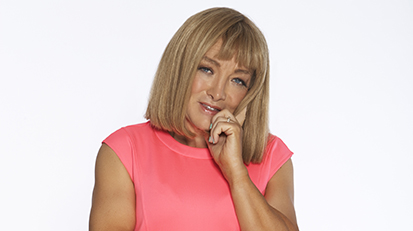 When Caitlyn Jenner came out as transgender in April 2015, it was a shocking transition for many. As Bruce, she had been an Olympic athlete, a gold medal winner, and a world record holder – a veritable man’s man who had even gone onto become a successful race car driver. Really, the only things lacking from her story were football and boxing to make that transition truly shocking.

Enter Kellie Maloney and her own story – one that, for many, represents an even more shocking transition. Kellie’s story isn’t just one that began with football before moving into boxing, but one that saw Kellie rub shoulders with the like of Don King while managing Lennox Lewis to the Undisputed Heavyweight buy levitra 5mg Championship of the World. Even if more women have entered the world of professional boxing in the last decade, it’s still a sport that’s traditionally been viewed as the epitome of masculine posturing.

The opening chapter to Kellie’s story is one that strips her bear and lays her emotions upon the page. She talks of pacing her small holiday chalet in Ilfracombe, anxiously waiting for her story to come out in the Sunday Mirror, and wondering what the world’s reaction will be. It’s day of extreme anxiety, but also one of unbridled joy at the freedom to do away with the pretence and discard the illusion that was Frank Maloney. From there, Kellie takes us back to the beginning, to the life of…

Read the whole article in the June/July 2015 issue at http://frockmagazine.com/frock034/