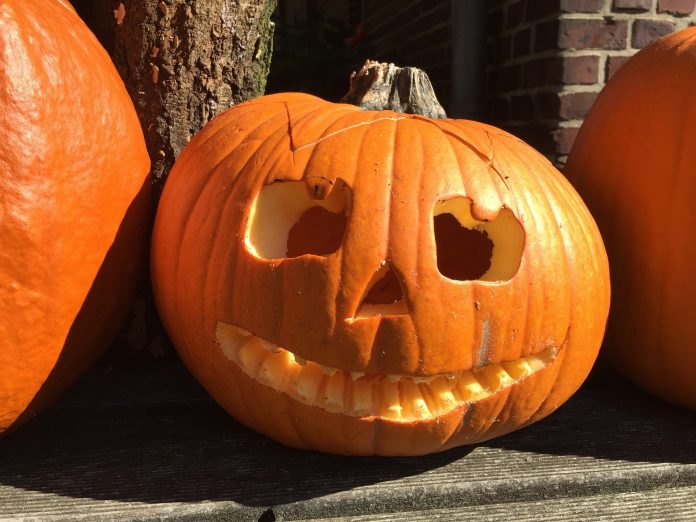 A few years ago, my spouse and I were invited to a Halloween party. I had been secretly dressing for years, but this would be my first, and only time dressed, and out with her. Previously, we had been to a business convention and on ‘Character night’ dressed as the 70s pop-duo Captain and Tennielle. About a week before the Halloween party, my wife suggested we do a switch. She would be Captain and I would be Tennielle. How could I turn her down?

Knowing I could not suggest wearing any of my female clothes, I was fortunate enough to be able to wear hers (since we wear the same size, except for shoes). So, we sat down and decided what I would need. I made a list, checked it more than twice, and headed out to get the needed items.

My first stop was a shoe store, where I bought black Mary Jane shoes to go with my wife’s red and black sweater dress which I’d be wearing. Then, it was off to another store for fake nails, panty hose and jewellery. I came home with my treasures and my wife was surprised with what I had bought.

“Didn’t you feel funny buying all those things?” she asked.

“Yes, but a lady at the store helped me. I told her it was for Halloween.”

Two nights before the party, my wife suggested I shave my legs, arms and hands and dress-up so she could see what I looked like and also practice walking in heels. To cut a long story short, I did and walked around in her dress, etc. for about four hours. She was very impressed.

The day of the party I could hardly wait to get dressed. I shaved closely and started getting ready about four hours before the party. It took almost an hour for my wife to apply my makeup and she let me use her new bra and panties for the night. I quickly dressed and when I put on the jewelry and the wig, WOW!!! I had never looked so good.

When we got to the party, our friends levitra 20 mg greeted us at the door. Yes, I was nervous, but they were amazed at my appearance. I needed to use the bathroom to check my makeup so my wife went into the party first.

A few moments later, I walked up behind a friend, who had asked my wife where I was. I tapped our friend on the shoulder and as he turned around, I planted a red lipstick kiss on his cheek. He did a double take, wasn’t sure who I was, then almost fell over, realizing it was me. He was stunned.

During the party, all the guys wanted to try on and walk in my heels. It was comical as they tried to balance and not fall over. They could not understand how I could walk so well… and yet the heels were only 2½”.

One of the guests told me “your legs are prettier than mine” and I got the prize for best dressed and also won the best legs contest. I also was asked to dance by many of the men, including one who was dressed as a priest and tried to put the moves on his pretty virgin partner. I think he liked my breasts pressed against his chest when we slow danced.

We started the drive home at 3am but, being a cold night, the car windshield began clouding up. Just past a busy intersection, I stopped the car, got out and leaned across the hood, one leg unintentionally sticking out into the road as I cleaned the window with a towel. As I was doing so, a police car stopped and the officer asked if all was okay—I believe he was actually attracted by my leg as I leaned across the car.

The following morning, my wife commented on me being the hit of the party, but added “I prefer you as my husband”. Then she said, “I will kill you if I ever find you dressed in my clothes.”

She has never found me dressed in her clothes… I wear my own!

Labels – Where do I fit in?

The Amazing Photography of Thomas Evans

What’s all this Sissy stuff about?

ABOUT US
Frock Magazine was a popular Trans and Drag glossy, packed full of interesting articles and stories, profiles and photo features. Over eight years (until the middle of 2017) we had published 42 issues of Frock and they are all still available in the Frock Magazine archive of back issues. You can sign up to access the archive now by clicking here and read them all for the princely sum of $29.99. That’s a huge bargain!! Go on, you know you want to!.
Contact us: admin@frockmagazine.com
FOLLOW US
© Frock Magazine 2020
This website uses cookies to improve your experience. Your continued use of this site implies that you are okay with this. Accept Reject Read More
Privacy & Cookies Policy
Necessary Always Enabled