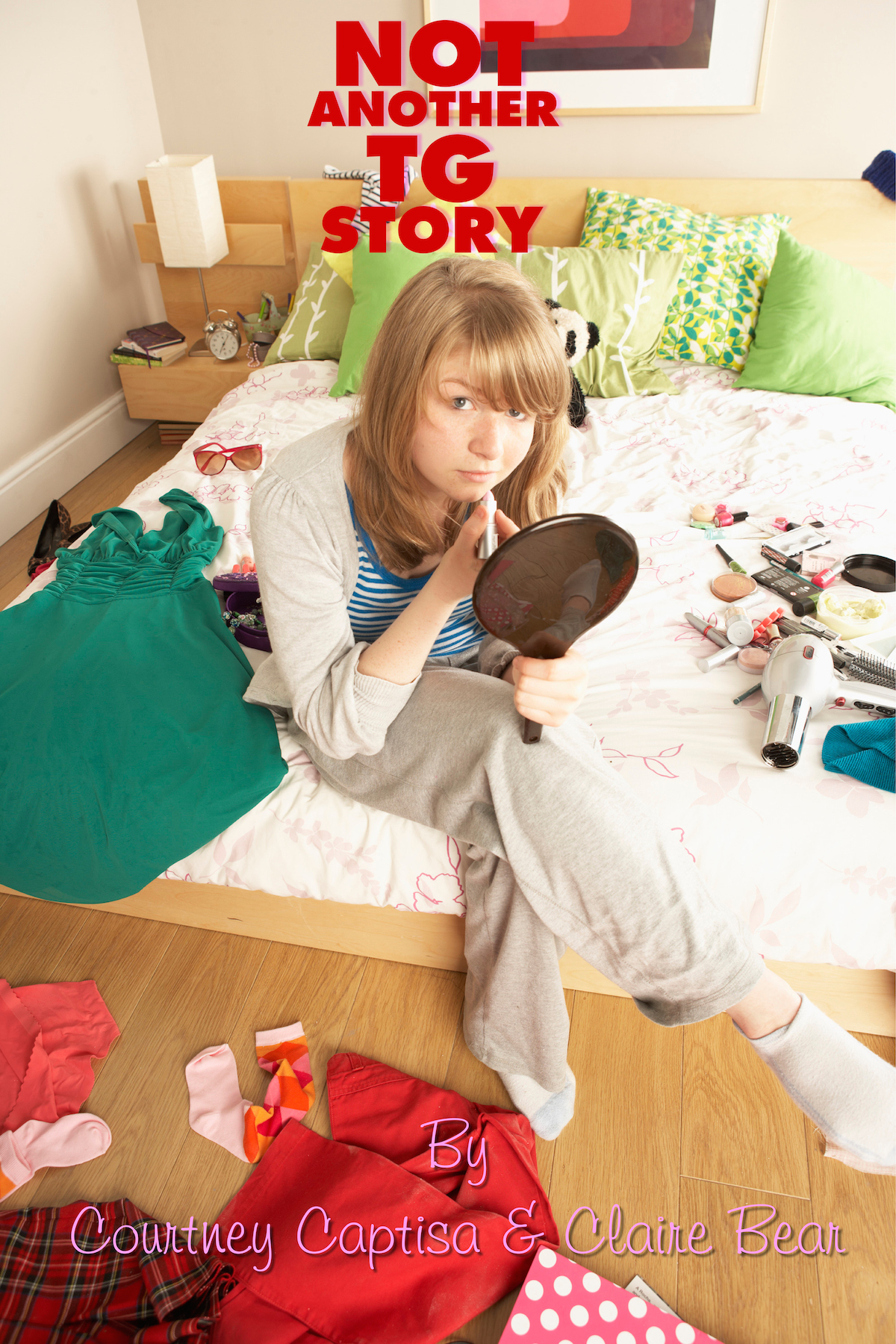 Not Another TG Story 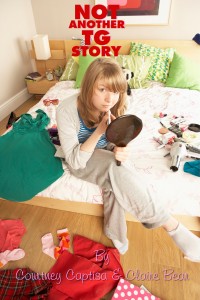 Despite the rather cheeky title, Not Another TG Story is neither a parody nor a deconstruction of the genre. Instead, it’s a loving homage to the stories, novels, and transgender captions that Courtney Captisa and Claire Bear have enjoyed over the years. They’ve managed to capture several of the most common transgender themes and tropes within their story, but they’ve done so in a manner that’s both playful and surprising. It does create a little confusion at times, but I suspect the authors are deliberately playing on the reader’s expectations to create a little mystery and doubt.

Truly, this is a story that has it all, from transvestite exploration to true transsexual identity; from awkward expression to revealing hidden identities; from humiliation to encouragement; and from self-doubt to coming out. Some elements may work better for certain readers than others, but it’s fantastic to find so much within one story.

I had a few minor concerns with the construction of novel, but nothing that completely pulled me from within Dylan’s world. For instance, I thought his sister was a little too cruel and vulgar with her taunts, his family a little too quick to accept certain changes, and his own transformation a little too perfect, but there’s definitely an element of wish-fulfilment to the tale buy levitra in usa that we can all understand. Additionally, I was concerned that his best friend’s story seemed to be forgotten, but rest assured that Kyle does return to sort of bring the story full-circle by the end.

The amount of detail here, particularly in Dylan’s dressing, is absolutely exquisite. It’s not just the look and feel of the clothes, but the emotional and psychological aspect of wearing them. We get deep into questions of feminine identity and feminine expression here, and it’s more than enough to satisfy any reader, no matter where in the gender spectrum they identify. There are some R-rated scenes of sexual exploration, but they’re tastefully done and entirely in fitting with the flow of the story. Also, there is quite a bit of humour to the tale, sometimes at Dylan’s expense, but never cruelly or crudely done. Instead, it’s very much like a teenaged comedy, full of humorous circumstances.

As the title promises, this is Not Another TG Story, but it is a fun one. Courtney and Claire demonstrate an honest love and appreciation for the genre, with a story that’s unquestionably ambitious, but which delivers from start to finish.

Not Another TG Story
Courtney Captisa and Claire Bear. In Your Dreams Publishing, (250p) ASIN B00KSNS6D2