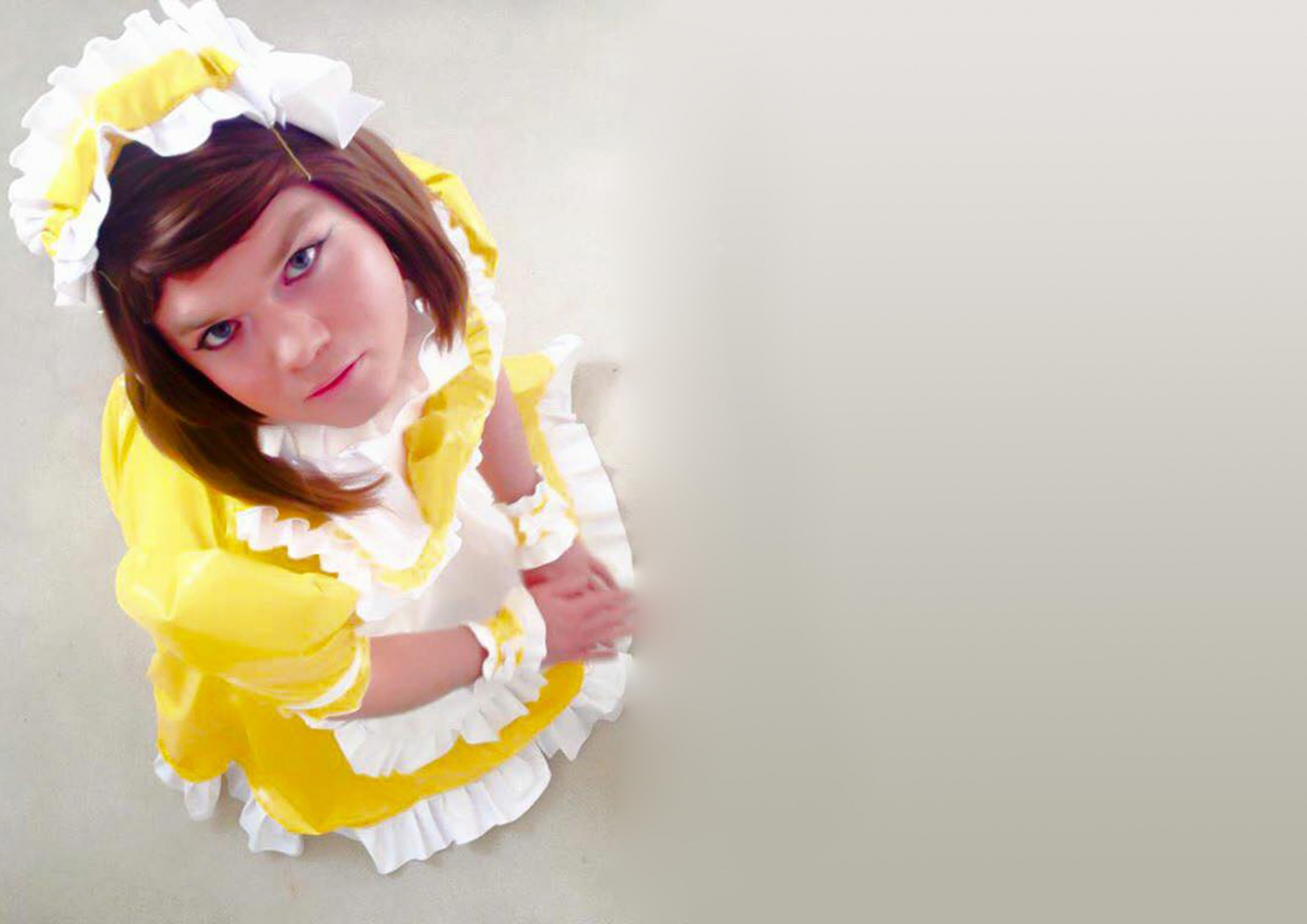 What’s all this Sissy stuff about?

My name is Charlotte Haven and I am a 27 year old Engineer, Sissy, Crossdresser and/or T-Girl from Gosport, Hampshire in the UK.  I have been interested in crossdressing since I was in my mid-teens.

I remember watching a programme on TV and for a joke they made the male contestants
dress as females. I don’t know why or how, but when I watched it I became very aroused
and slightly jealous that I wasn’t wearing what they were wearing. From then on I was
hooked. I did all the standard things like stealing lingerie from my sister and trying on outfits
when my parents were out, and the more I tried the clothes on, the more I felt great.
I also remember a time when I was round at a girlfriend’s house and she wanted to put
make-up on me. I was 15 and although I was secretly wearing women’s clothes and the
odd bit of lipstick on occasion, I had never properly been given a makeover. She did my
make-up fully and put me in a dress and then, when I looked in the mirror I loved the
reflection. My man mode had been eradicated and I loved the person I was transformed
into.

By my late teens, I had started going out with my male friends and the crossdressing kind
of took a step back. I had also been pushed into joining the Navy, as I didn’t really know
what I wanted to do as a career. During the six years I spent in the Royal Navy, I met a
girl and got married. With buy generic vardenafil hindsight, I should really have been honest early in our relationship,
and told her about my urges to want to dress and act like a girly girl on occasion.
However, at the time I was ashamed and buried my feelings. It was only a year after I
finally got married and left the Navy that I finally told her about Charlotte.

Initially she was shell shocked and very upset and felt like she had not married the man
she thought she had, which was fully understandable, I guess. However, after talking and
reassuring her of my love for her, she decided to let me dress occasionally.
I was so happy! I could order some nice dresses and feel comfortable enough to wear
them around her. I would class myself as a sissy as I love all those frilly sissy clothes and
all of the delightful fabrics they come in. Don’t get me wrong though. I love wearing
standard pretty female clothes, but I also love OTT sissy clothes and the reactions from all
my fans when they see me in a big frothy, frilly sissy dress… lol.

So for the last three years my dressing and acting like a female has increased. Initially it was very few and far between as it took my wife a long time to adjust. But slowly over the past few years I’ve been able to dress more often and also delve into other things…

Read the rest of our Sissy photo feature in the October/November 2015 issue of Frock at http://frockmagazine.com/frock035/