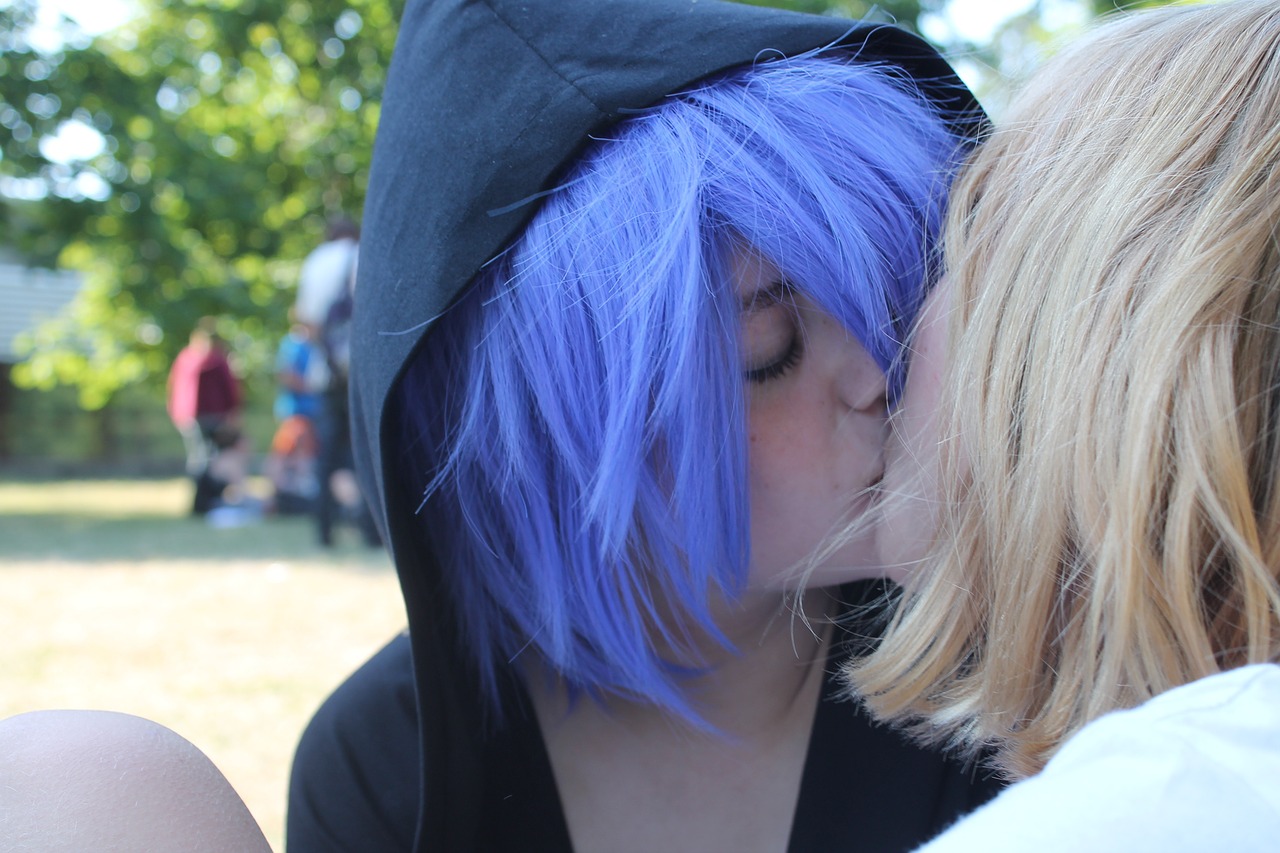 In this article I will ask myself, the delicate question ‘Am I gay?’  In using this term I am using it in a traditional sense as a substitute for the more clinical term ‘male homosexual’. At the start of this article I see myself as not gay but more bi-curious or closeted.  In the dictionary definition of the term, if you do not view yourself as gay, you are not. This suits me at the start so we will see how I view myself at the end of the article.  I will go through some self-analysis that will look into my claim that many transgender people are hetero and are not gay or identify themselves as being any part of the LGBT community.

First question is to pose is, what am I? I’m what used to be called a mature closeted crossdresser. I don’t live 24/7 as Allyson, only becoming Allyson on some rare occasions when dress up and meet someone. I am not active sexually with anyone at this point in time. In effect, my male side appears to be an asexual man who dresses as a woman.

One of the first things to ask myself honestly is, just who am I attracted to? I must admit that I can be attracted to a good looking Tgirl, looking on her as I would a genetic woman. In other words, I find transgender people sexually attractive, as I do genetic women. In fact, I view both transgender females and genetic women as sexually desirable.

By contrast, I am not attracted to a man in any way. I have never slept with a man or been attracted to a naked male body. I worked for over twenty years in a male dominated area of the workforce and was never drawn to any man apart from in platonic friendships. The flip side of this is that I do find a transgendered person attractive even if only wearing makeup and wig so male nudity is not the issue. Even a hint of femininity in the wig and makeup, I can find attractive. It is the transgender element that rocks my boat.

I think this all is partly to do with my own chemical makeup. I started dressing from age ten. My dressing then occurred off and on for twenty years until I lived alone. When living alone I lived as closeted Allyson for a long time behind closed doors. The majority of sexual contacts were with other Trans people in my home or their home.  In effect, I did meet other Transgender people for sex.

The majority were married or in a relationship and would be classified as hetero butch men by their wives or girlfriends. Mostly they had contacted me for a sexual meeting with Allyson. One was even engaged to be married a week after I met him. Everyone led a hidden life from their significant other, appearing on the surface to be heterosexual but harboring desires for extramarital sex with another man dressed as a woman. This is also my lie as on the surface I appear generic levitra purchase heterosexual but I have desires for transgendered women.

In my mind I think I am a lesbian Transgender or a Translesbian when dressed. Translesbian is a recent word not heard of before but this definitely fits my sexual desires. What does really happen when I transform into a feminine form?

In my youth, the desire to dress was purely sexual. I dressed, looked in the mirror and started posing erotically for the main purpose of sexual arousal only.  I did not have to wear much for the chemicals to kick in and my rampant imagination to take off.

This need for sexual arousal has subsided now but it is still there in the back of my mind. I now dress with all the paraphernalia of a mature woman. Once dressed I feel like a woman, sensuous and feminine. I am also endowed with a woman’s desires. The brain steps away from any masculinity and I become predatory in a feline way. In effect, I am transformed from a man into a cougar who would find men sexually attractive if they were in arms reach and they were attracted to me.

Reading this you’d have to say I was gay. Looking from my side, I see my sexual partner dressed in female attire as female, and vice versa. I’m aware I’m dressed as female so any sexual act must be a Translesbian one. To summarise, this does imply that I fit firmly under the LGBT banner, Lesbian, Gay, Bi-sexual and Transgender. In fact, I fit under at least three if not all of the headings!

In summary, I’d have to say I’m gay. I now pose a question, are you gay?