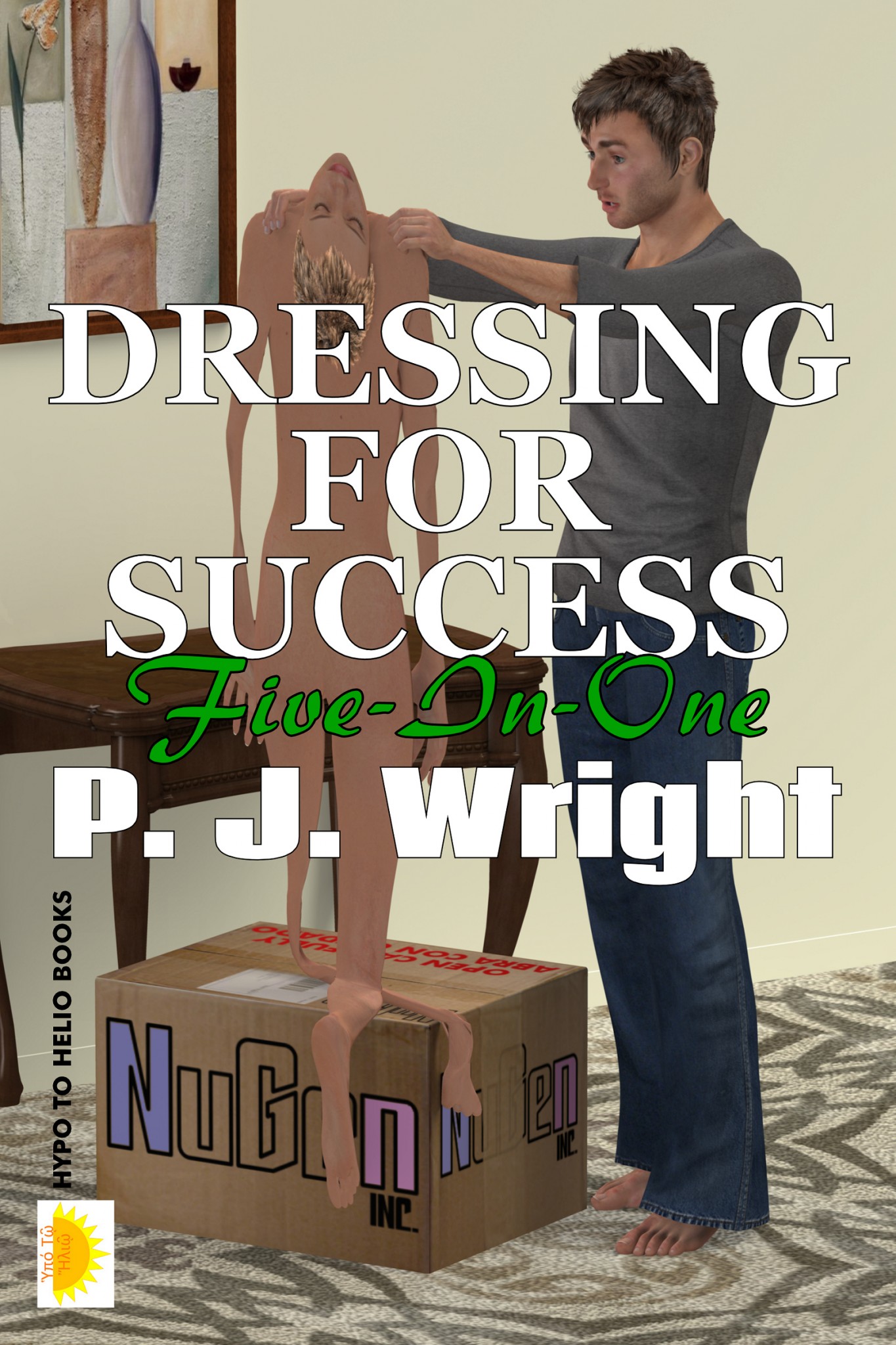 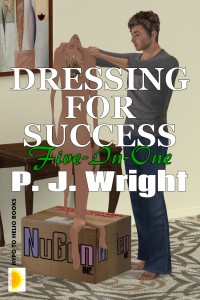 Dressing For Success is a full-length novel that takes a serious, yet sometimes light-hearted, approach to the concept of female masking and bodysuits. It’s a story that could have been told using the tired old trope of the perfectly proportioned cross-dresser, or through the fantasy-like extremes of perfect cosmetic surgery, but P. J. Wright uses masking and bodysuits to actually tell a more grounded, more realistic tale.

That’s not to say there’s no element of fantasy here. Far from it. The kind of masks and bodysuits that we find here are far more advanced than anything science is currently able to produce, but the amount of detail invested in the NuGen product makes them somewhat plausible. Peter is actually just as sceptical as the reader, especially when he takes the flimsy bits of plastic out of the box, and we share his struggle to put any faith whatsoever into the product. Of course, that means we also get to share in his amazement as the detailed instructions for preparation ultimately do deliver a perfect illusion of femininity.

Part of what I loved so much about the opening to the novel is the way Peter distances himself from Pamela. Although he’s inside her skin, he ‘sees’ her as a different person entirely, and takes great delight in watching her in the mirror, as if her movements weren’t his own. Thanks to the technology, she fits perfectly, and a chemical spray delivers a perfect feminine voice for up to eight hours at a time. Sure, seasons cross-dressers might complain that he picks up on naturally feminine movements a bit too quickly, but he’s not so perfect that he pushes the bounds of credibility.

“Girl, Monday Through Friday” is the opening chapter of the novel, and really the heart of the story. It is here where Wright cheap levitra online no prescription establishes the premise that requires Peter to pass as Pamela in order to land a job, details the NuGen technology, and explores the challenges (as well as the delights) of living a double-life.

The second chapter, “The New Model,” introduces a second bodysuit and a second ‘new’ woman into the mix, as Pamela strives to deliver on the perfect, unknown, undiscovered model that a famous fashion designer demands to fulfil the advertising campaign she successfully developed for his new line of lingerie.

“Much Ado…” is actually a bit of a side story, a perfect little intermission of a chapter, that really has fun with the core themes in the novel. Here, Wright not only explores the definition and interplay of gender, but a very literal war between the sexes in a close-knit, small-minded town.

The next chapter, “Pas De Deux,” is probably my favourite part of the novel, introducing a third bodysuit in a fantastic little comedy of mistaken identities. It’s here that we first find a delightful romance entering the story, one that doesn’t betray or negate anything that’s happened to Pamela so far, but which furthers both Peter’s evolution and the novel’s theme of gender equality.

“Femme Fatale,” the final chapter, was actually a pleasant surprise. It’s a darker, slightly twisted development of the core story, touching on elements of the first two parts, and weaving everything together in a climax that definitely pushes the bounds of fantasy and disbelief, but which works well to bring things full circle.

All-in-all, Dressing For Success is a fantastic bit of fiction that makes great use of female masking and bodysuits to tell the story, which has some genuine insights into what it means to be transgender, and which takes a refreshingly realistic approach to relationships.