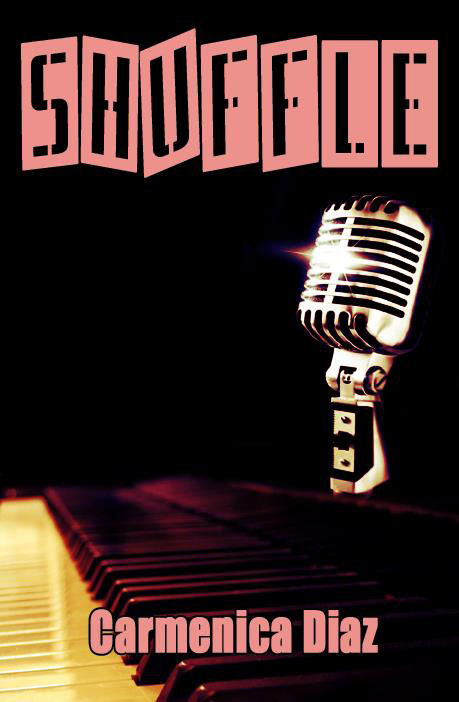 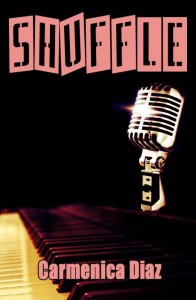 Shuffle is one of her transgender romances – with a twist! It all begins with a melancholy sort of playwright by the name of Hugh, who has just watched his debut work fail miserably. As much as he tries to lose himself in the joy of playing the piano, the critical scorn is too bitter to swallow. When his friend and agent, Liam, books him a gig writing for television in Hollywood, he’s only too happy for the change of pace. It’s there that he meets Valerie, a struggling actress (and fellow transplanted Brit) who scrapes by financially with a gig as a decent, if not great, musician.

It’s a nice opening to the tale, and one that establishes our three main characters, their motivations, and their aspirations. Diaz quickly shuffles our expectations, however, on an eerily quiet stretch of downtown streets, with a torrential storm, a blast of lightning, and a body swap. When Hugh and Valerie come to, they find themselves in one another’s bodies.

That sounds fantastical, and it absolutely is, but it’s largely a plot device to drive the romance. I say ‘largely’ because Diaz does vardenafil vs viagra such an amazing job of exploring the consequences of such a swap. This is not a set-and-forget kind of event. It’s not played for laughs, and it’s not played for erotic amusement. She looks closely at what the intellectual and emotional implications are, and what it means to both careers and families. She allows for some natural adaptation to their new bodies, with muscle memory and biological traits still very much there, and focuses instead on how they get their heads into their new selves.

As for the transgender romance, it’s played out slowly through the course of the book, with no pressure or improbable leaps towards a total change in identity and sexuality. Instead, the primary focus of the book is actually a story of two people finding their way into the careers they had always dreamed of, but which biology had always held back. With a new lease on life, Hugh (as Valerie) seizes the opportunity, becoming first a solo singing sensation, before finding friendship and success as part of a band. This is a very musical book, and one that almost demands a soundtrack.

The characters are, of course, the shining gems of this romantic crown. They’re so well-rounded, so well-developed, and so human that you can’t help but love them. They’re authentic people, human beings that you could encounter any day in your life (should you be so lucky). Yes, there is one significant villain to the story, but this is largely a positive, upbeat, life-affirming sort of tale. As for that romance, it does kindle into something significant in the final act, putting a perfect polish on things. All told, Shuffle is just a lovely, lovely tale.