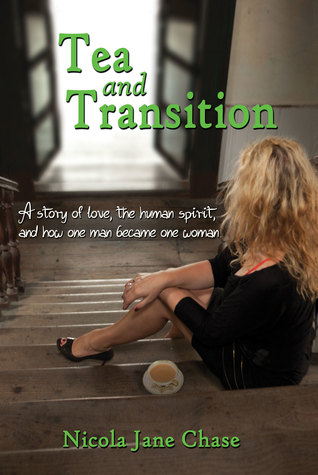 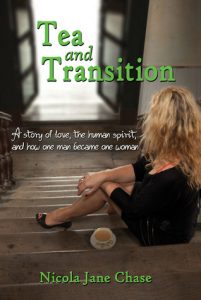 Of all the transgender stories I have come across, Nicola Jane Chase’s may be the most fascinating. Not only is it a story of acceptance and transition, but one of recognition. Here is a woman who does not remember ever questioning her gender identity as a child, not even in a momentary innocent or playful manner. There were no doubts, no questions, and no discomfort with her gender. By all accounts, Neil was a happy child and a well-adjusted young man, travelling the world as a professional DJ and radio announcer.

She does not remember what prompted it, but her journey began with crossdresssing around the house. It was not an experiment driven by sexual arousal or fetish fulfilment any more than it was driven by gender dysphoria. It was just something that made her feel comfortable, and which opened up a whole new world of experiences. Once her feminine persona begins to take hold, her journey progresses through permanent hair removal, hormones, cosmetic surgery, sex reassignment surgery (SRS), and breast augmentation.

In one of the most surreal moments of the book, she talks at length about considering SRS, and being scared by the burden of dilation – 2 hours a day for the first year (at least). Once she accepts her decision, however, she decides to take charge, own the experience, and memorialize her past life while enabling her future life . . . by making a silicone replica of her own penis for dilation.

Over the course of Tea and Transition, Chase talks about the value of therapy, the validation of passing, the challenge of coming out, and the long process towards transition. She talks about not just the transition of her gender, but of her sexuality as well. The realization that “not only might men find me attractive, but that I may find them attractive too” comes as something of a surprise. Of course, dating turns out to be fraught with challenges, with too many moments of validation ending in heartbreak when men cannot see beyond her past.

There is a lot of sorrow to her story, especially with the cold rejection of friends as well as lovers, and her mother’s initial mourning over a lost son. Overall, however, it is a story of optimism and hope, punctuated by far more humour and happiness than sorrow. She really has had a wonderful life, with a career and travel experience most of us could only dream of. Not surprisingly for someone who speaks for a living (and she does talk about how the voice that was once Neil’s career became Nicola’s liability), she knows how to tell a story, how to pace her words, and how to draw the audience in.